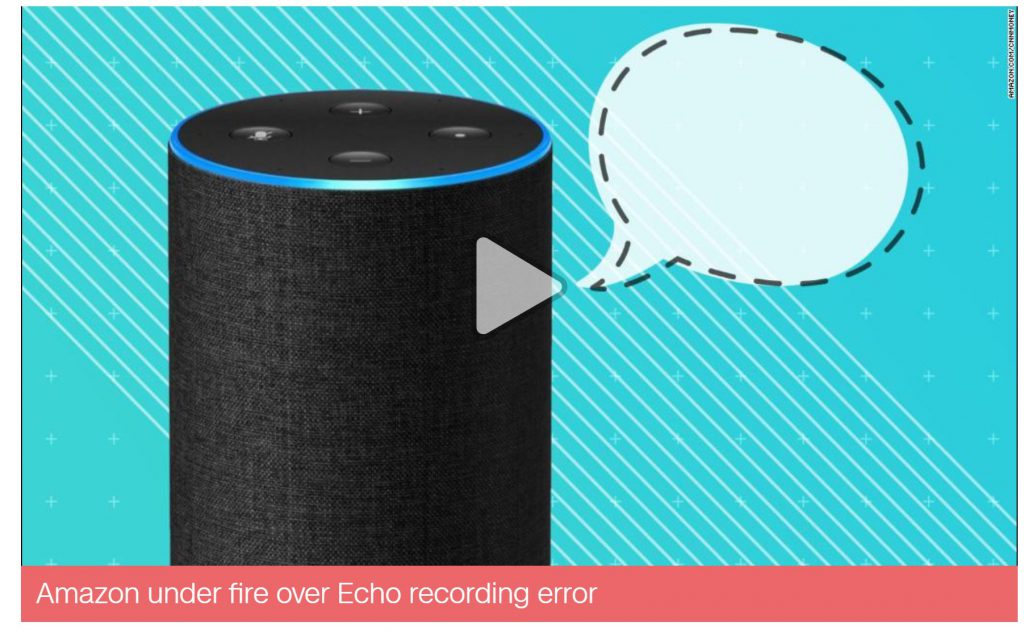 It was Alexa’s equivalent of a pocket dial.

A woman in Portland, Oregon, claimed her Amazon Echo smart-speaker secretly recorded a private conversation, then sent the audio file to an acquaintance. She told her story to a local news outlet and it spread, stoking fears about always listening devices invading privacy.

Amazon confirmed the incident and claimed it was caused by an extremely rare series of events. The Echo misheard four different commands causing it to turn on, record a voice message, and send it to a contact.

1) “When you first set up an Alexa device on a smartphone, you give the app permission to access the contacts saved on your phone.”   This is exactly the issue with the app developed by a Cambridge professor on Facebook, who sold that contact list to Cambridge Analytica, who then supposedly used that to create adverts to influence the U.S. election.  Why is this not such a big issue for Amazon as it was (is) for Facebook?

2) Why do people ever click the “yes, it is okay for this app to have access to all my contacts” button?