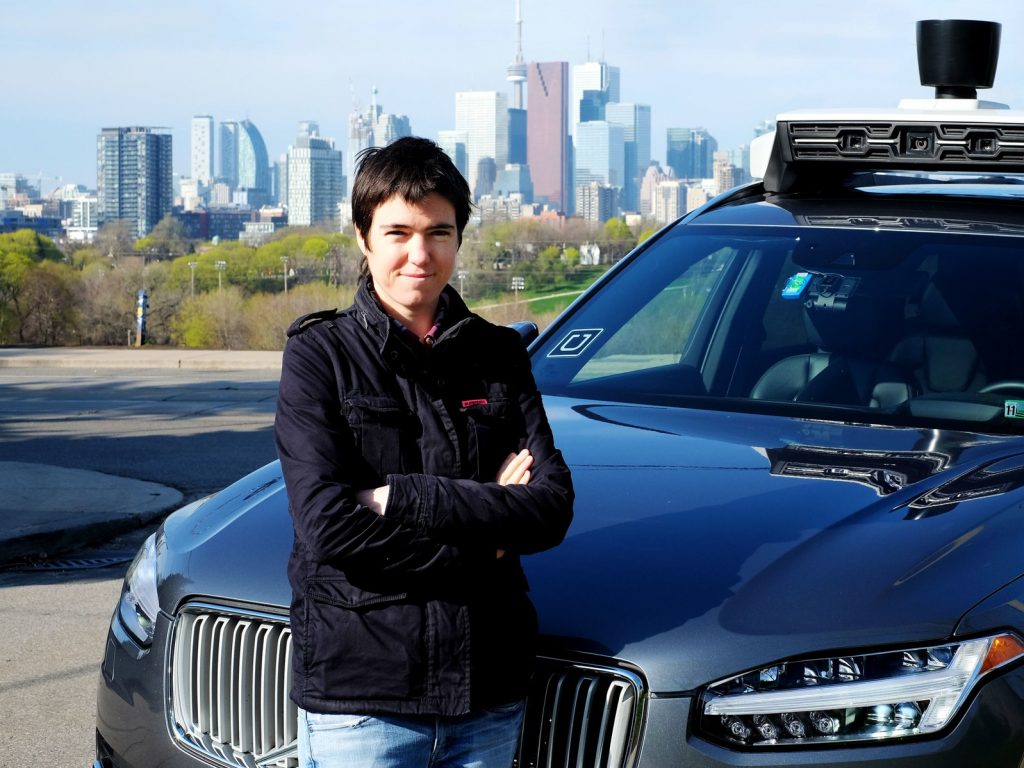 Raquel Urtasun joined Uber to set up a new autonomous-vehicle research lab . She still works one day a week in her old job as an associate professor at the University of Toronto. And she has long argued that that self-driving vehicles can’t reach the masses unless the industry weans itself off lidar.

1) “Most autonomous vehicles in testing—including Uber’s—pack one or more lidar sensors. But each lidar device costs from several thousand, to several tens of thousands of dollars. Rachel Urtasun has shown that in some cases vehicles can obtain similar 3-D data about the world from ordinary cameras, which are much cheaper.”  Some of the issue here is that self-driving technology is anchored in the “mid-aughts” (2004, 5…)   Is there any other tech anchored in old thinking?

2) “Voyage vehicles currently sport a spinning $80,000 sensor on the roof. Ziyaee wants to pay much less, but argues that the sensors don’t have to become as affordable as a new muffler to make economic sense. Voyage, like Uber, hopes to operate fleets of robotaxis that serve many people and could thus earn back upfront costs quickly.”  Is there other tech out there that is expensive but could be put to this sort of “taxi” approach to spread the costs?