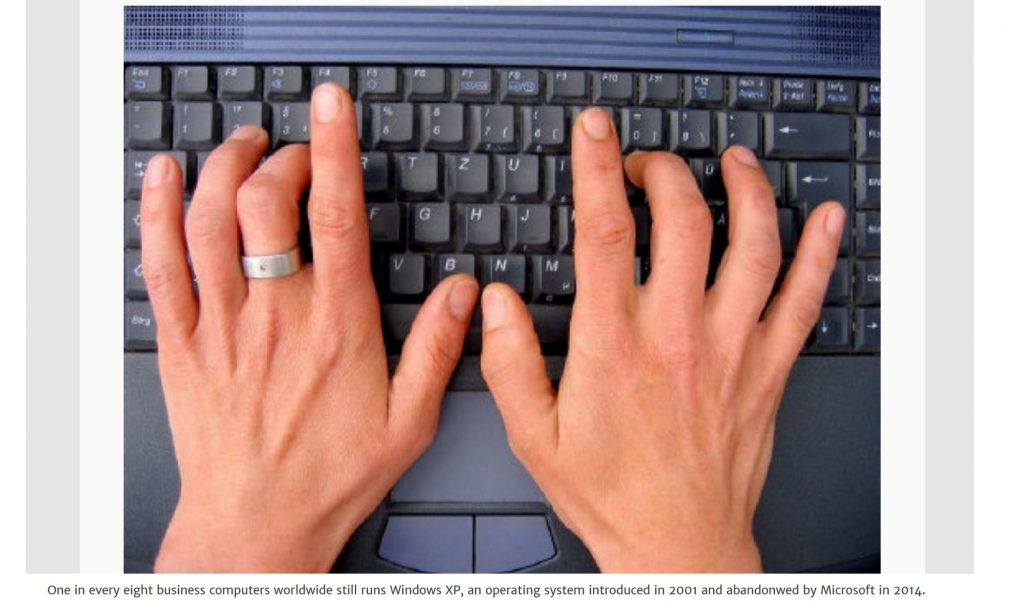 Outdated hardware and operating systems slow down many workers, and that’s when they aren’t paralyzed by connection issues.

1) Over 10% of all computers worldwide use an operating system first launched in 2001 and which has been let completely un-updated since 2014.  Does this figure surprise you?  Why or why not?

2) “Employers don’t realize they are spending thousands of pounds on salaries but, by refusing to update office IT, are wasting money,” said Mohammad Ali Khan, managing director of Pacific Infotech, a London-based IT consultancy. “The stuff employees can probably do in half an hour, they’re sitting for an hour or more because their equipment is too slow.”   Why don’t employers just update the technology?