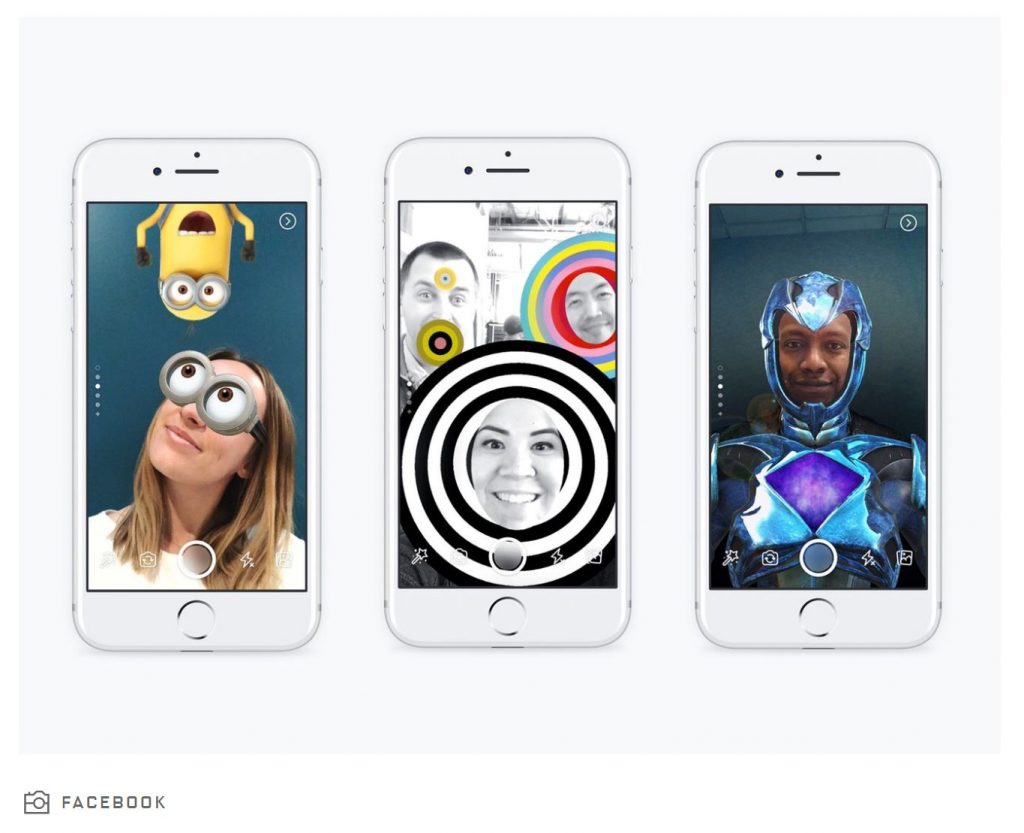 FACEBOOK’S TACTICAL ASSAULT on Snapchat is nearly complete. This morning, the big blue giant launched a trio of features: a fun new effects-filled camera that sits a swipe over from your News Feed; a place for disappearing stories; and a way to share straight from your camera to your friends. That’s a lot of words to say a simple thing: Facebook just launched Snapchat. You almost have to wonder if Evan Spiegel, Snap CEO and newly minted super-rich dude, feels just a little bit proud.

1) “The future of communication doesn’t start with two thumbs and a keyboard. It starts with a camera lens and your goofy mug.”   Do you agree?

2) “Facebook Stories could barely make a dent and still be bigger than Snapchat (just like Instagram did). That should scare Snap, which already struggles to broaden its base beyond ephemeral teens.”  Snapchat just did and IPO which valued the company at $25 billion.  Does a valuation at this price make any sense at all given what Facebook just launched?