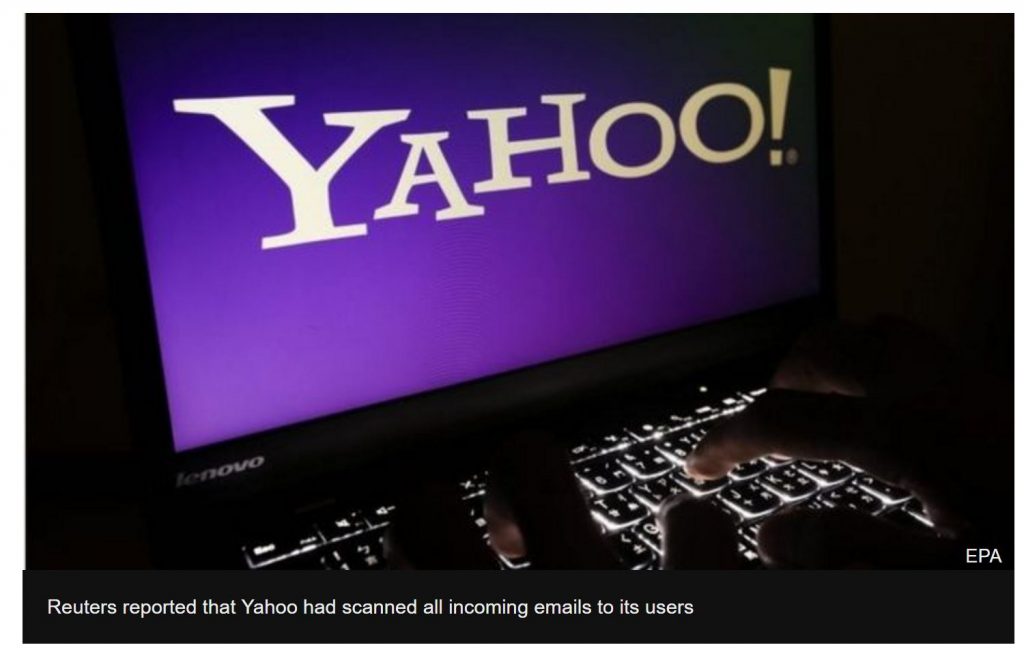 Yahoo has downplayed a report that said it had scanned millions of its users’ emails on behalf of the US government.  Reuters made the allegation recently, saying Yahoo had created special software to comply with a classified directive.

1) Every email was scanned.  “Sources had told said Yahoo had scanned all incoming emails for a string of characters on behalf of either the FBI or the National Security Agency (NSA).”  Assuming this is legal, which is possibly in doubt, do you agree with the ethics of scanning EVERY email of EVERY user?

2) Apparently “Yahoo had previously challenged other requests for data…but had decided to comply this time as it thought it would lose [in saying it would not do it to the U.S. government]”.  Under what conditions do you think Yahoo would think that scanning every single email received for a specific set of characters would be okay?