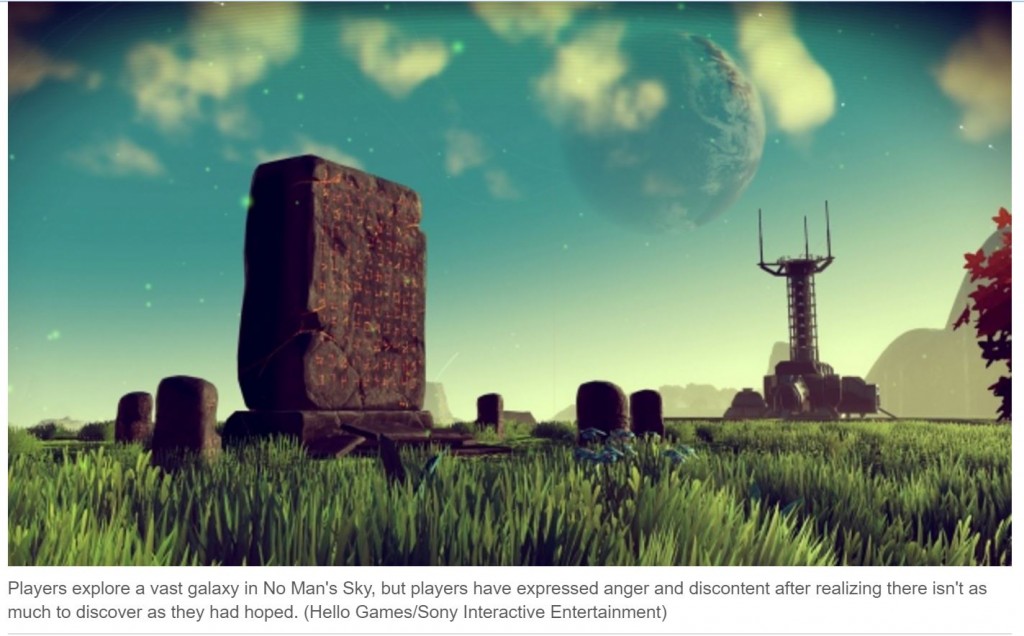 Reinhard and a team of 18 scientists and researchers dove into No Man’s Sky when it launched on Sony PlayStation 4 and PC, treating it like an archaeological site, only one built with columns of code instead of columns of marble.  ​Reinhard calls this “archaeogaming,” or the study of archaeology inside a video game’s world.

1)  “Archaeogaming,” or the study of archaeology inside a video game’s world.  “It’s no different than going into a house or a shopping mall or something like that — it’s something made by people, for people to inhabit, live, work or play in. That’s what archaeology is, and what archaeologists study, by and large.”  Shouldn’t archaeology be focusing on old things, rather than brand new things?

2) Would it be appropriate to “archaeogame” the Call of Duty first-person shooter games, or the Grand Theft Auto games?