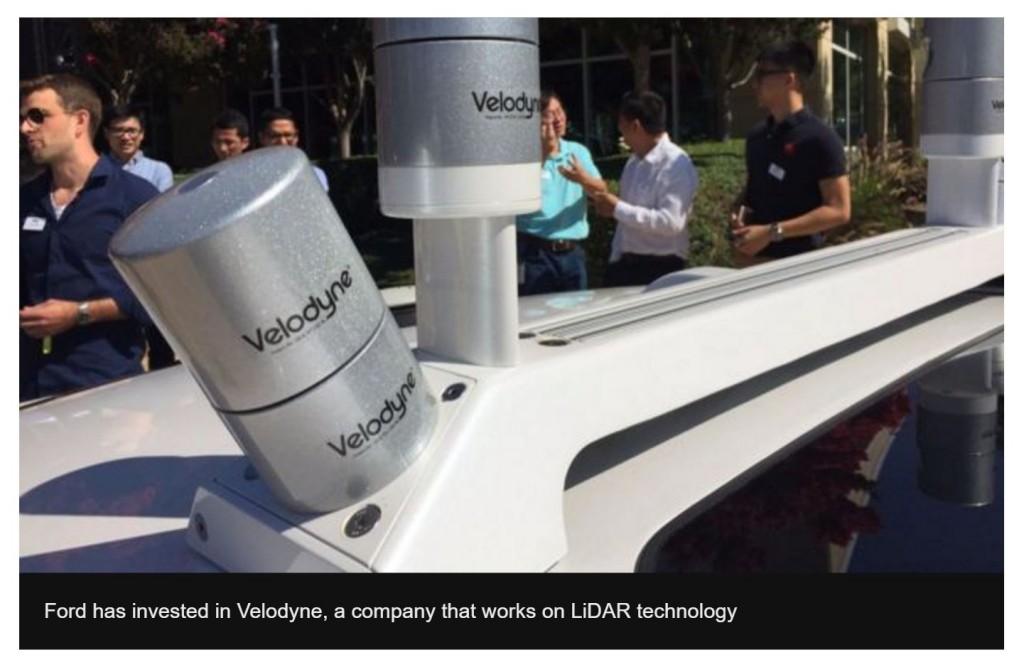 Ford has said it will mass-produce a fully autonomous self-driving car without a steering wheel by 2021.  Ford said it would double its investment in its research center in Palo Alto, California, as well as making sizable investments in technology companies in the autonomy industry.  The firm said the car would be in use by customers by 2021.  It said this was most likely as part of an Uber-like ride-sharing service – but one that doesn’t require a human driver.

1) The article notes that the CEO of Ford described this announcement as “transformational” and signaled an era when Ford sees itself, particularly in cities, as a company that provides an ad-hoc service rather than focusing solely on selling the cars to the general public.  This move to providing on-demand services like Uber and Airbnb is routed in technology and particularly smartphone apps.  What other things that are currently sold could be instead provided as a service?

2) Who is likely to be an early adopter of a driverless car, and why is this important?