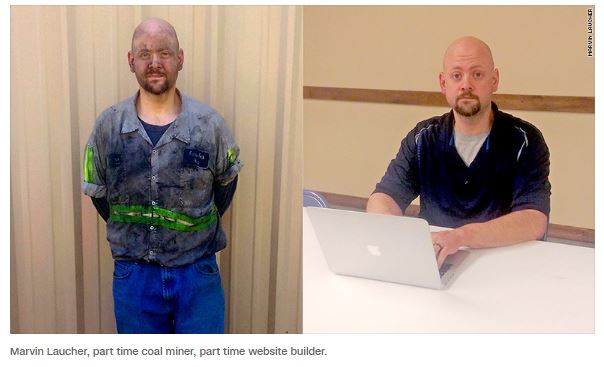 After five back-breaking years in a coal mine, Laucher feared his job would be next to be cut. Then the unthinkable happened: Laucher learned how to write computer code.  “I could barely get to a website, let alone build one,” says Laucher, 33.  Now he also supports his family with a second job building websites for about $20 an hour. He has learned computer languages like HTML, Javascript, CSS, Rubi and Sinatra.

1) The story talk about this coal miner making $20 an hour, part time, coding.  Is this more than you make?  Would you be willing to learn how to code in order to make more money with flexible hours?

2) What resources are there local to you to support your ability to learn to code?

3) Why does the ability to code pay so much?