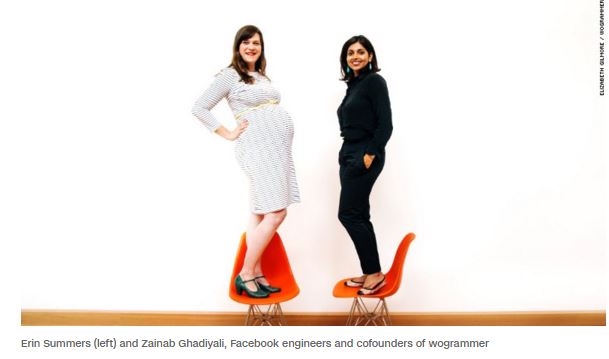 “It’s important to talk about the biases — but that’s just one part of the story,” said Ghadiyali, 30. “A huge part of the story is also about a woman’s success in this field.”  Ghadiyali, who earned her master’s in industrial engineering and worked as a research assistant in health care, said the fact that gender played any role in the workplace never occurred to her until she joined Facebook in January 2013.  She said people kept asking the same question: What is it like to work there?

1) Why do you think Facebook is thought of, in Silicon Valley at least, a place where it might be difficult for a woman to be successful?

2) Does your university have a club for IT, Computer Science or IS, and do these groups also have a Women in Tech sub–group?