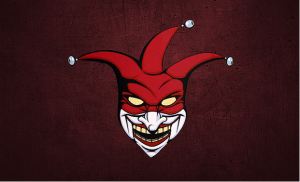 The hackers group Anonymous isn’t doing anything new by hacking Islamic extremist websites. A mysterious figure known as “The Jester” has been at it for five years. Jester has single-handedly taken down dozens of websites that, he deems, support jihadist propaganda and recruitment efforts. He stopped counting at 179.

Link to paste into browser for article: http://money.cnn.com/2015/01/16/technology/security/jester-hacker-vigilante/index.html

1) The hacker (some would say hacktivist) says “”I realized something needed to be done about online radicalization and ‘grooming’ of wannabe jihadis, and we didn’t have mechanisms to deal with it,” Jester said in an interview with CNNMoney. “I decided to start disrupting them.” ” Why should Jester get to decide who is radical and who is not?

2) Jester says he “spent five years as a U.S. soldier fighting in Afghanistan. His former job, testing computer servers and beefing up their security, taught him the necessary skills. He has a desk job now in the cybersecurity and intelligence field.” If you knew you were getting Jester, would you hire him to help defend your company or look for problems at your company, and how would you sell your choice to your bosses, given what he is capable of and indeed what he has done?