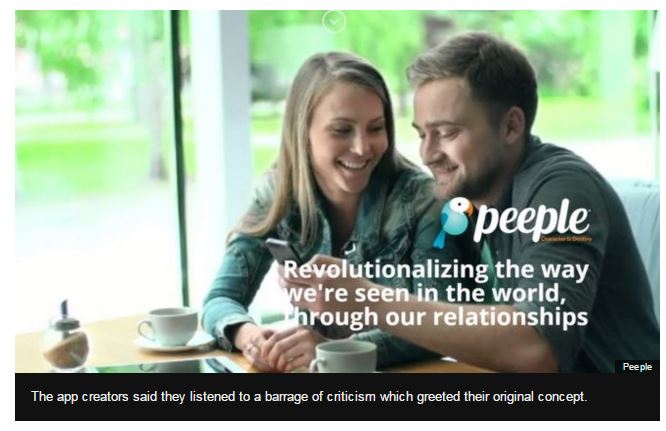 Peeple, a controversial app that invites members to recommend others professionally, personally or as a date, is to launch in the US and Canada on Monday 7 March. The app caused uproar when the idea was unveiled last year because people could be added and rated without their consent. Now only members who have signed up will be visible on the site. The idea of a “five star rating system” for individuals has also been dropped.

1) “The outrage that greeted the unveiling of the app last autumn had taken the firm by surprise.  It was branded “creepy” and “terrifying” by some web users.”  What steps could the developers of this app have taken to avoid being surprised upon launch?

2) What are the ethical issues surrounding apps like this?