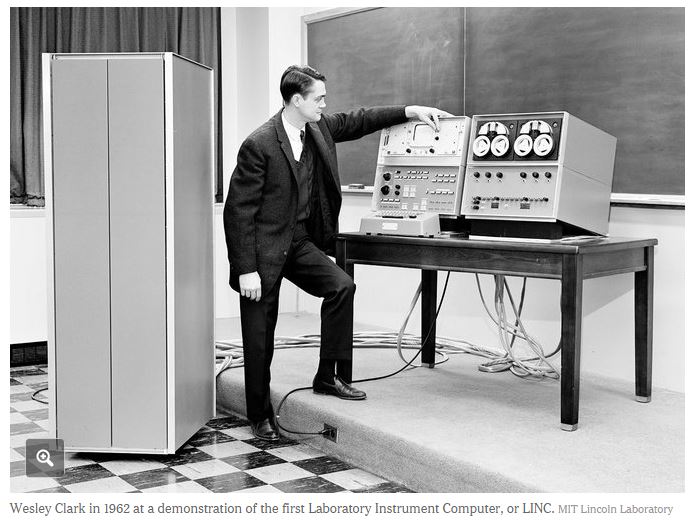 Mr. Clark’s computer designs built a bridge from the era of mainframe systems, which were inaccessible to the general public and were programmed with stacks of punch cards, to personal computers that respond interactively to a user.

He achieved his breakthroughs working with a small group of scientists and engineers at the Lincoln Laboratory of the Massachusetts Institute of Technology in the late 1950s and early ’60s. Early on they had the insight that the cost of computing would fall inexorably and lead to computers that were then unimaginable.

1) “His work on the personal computer began in May 1961, when he led a team of M.I.T. engineers in developing the Laboratory Instrument Computer, or LINC.”  The personal computing era is more commonly thought to begin in the 1980’s.  Why the twenty year difference here?

2) “The machine, a 12-bit computer, included a one-half megahertz processor. (By contrast, an iPhone 6s is thousands of times faster and has 16 million times as much memory.)”  Do we really need more speed and more memory?