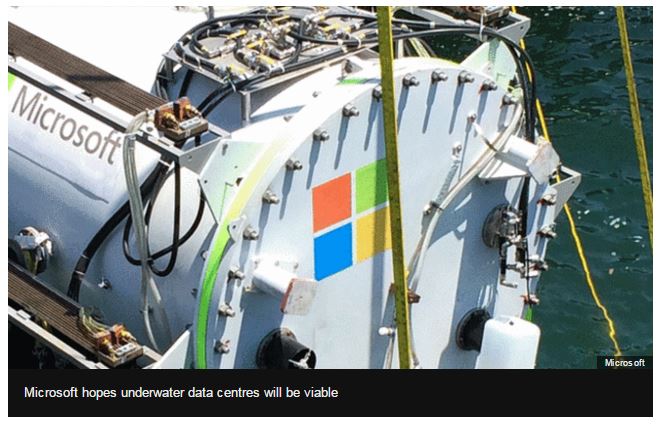 Microsoft said its reasons for experimenting with underwater data centres were twofold.  Firstly, half the world’s population is located within 125 miles (200km) of the coast so data centres in the sea would reduce latency – the time its takes data to travel from its source to customers. But there were also environmental reasons for the trial. Putting the data centre in the ocean eliminated the need for cooling and, in future, if such centres could be colocated with offshore renewable energy sources, they could also produce zero emissions, according to Microsoft.

1) The article suggests that “Data centres are believed to consume up to 3% of the world’s electricity”.  It does not say so, but presumably this is a very large amount.  Should it matter to consumers how green the data centers are that process and store their data?

2) What are some of the downside risks of storing and processing data under the ocean?