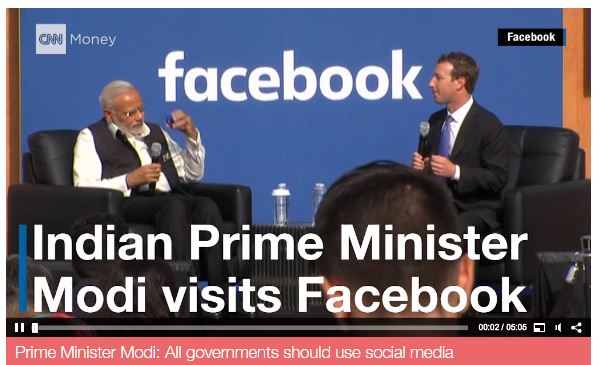 A controversial Facebook effort to expand Internet access in India that has come under withering criticism from tech activists.  “Free Basics,” formerly known as Internet.org, offers a free, stripped-down version of the Internet to consumers who cannot afford a broadband connection or smartphone data plan.  The service provides information on health, travel, jobs and local government. By offering a limited number of websites and services, and transmitting as little data as possible, costs are minimized.  Facebook is one of the apps included in the service. Others include AccuWeather, Ask.com, Baby Center, Bing, Dictionary.com and Wikipedia, among a handful of others.  Critics say the program violates the central tenets of net neutrality, which stipulate that all Internet content and users should be treated equally. They also say the program, billed as altruistic, too closely mirrors Facebook’s commercial aims.

1) Is it right that a philanthropist gets criticized for providing something for free to those that can’t afford it, if part of what is giving relates to the business of the philanthropist?

2) The list of what is being given away in India includes Facebook, AccuWeather, Ask.com, Baby Center, Bing, Dictionary.com and Wikipedia.  Is this a good list, and what could be added or removed to make it better?