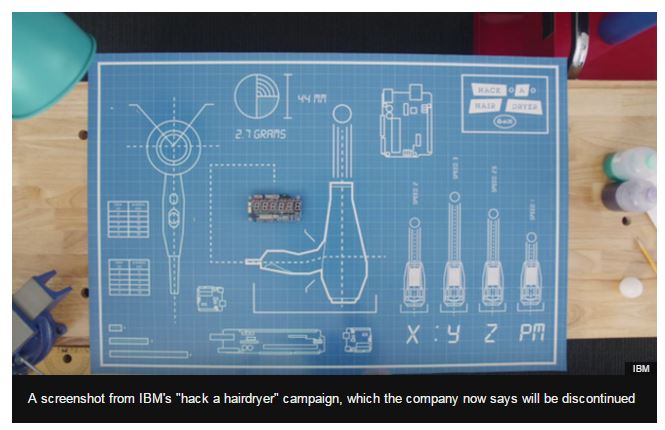 A video created by American computing giant IBM aimed to “reengineer misperceptions about women in tech, and to focus on what really matters in science”. Women working in science and tech were asked to “hack a hair dryer”, then share their work on the IBM website.

1) Female rocket scientist said “That’s ok IBM, I’d rather build satellites instead” when commenting on IBM’s “hack a hairdryer” campaign aimed at women.  She also said ” The #HackAHairdryer campaign is a poorly designed attempt to inspire women to pursue STEM (science, technology, engineering and mathematics) careers due to the fact that it reinforces gender stereotypes.”  Is she being unduly unfair, or is she correct?

2) The London Fire Brigade even commented that “it’s generally a bad idea & a possibly a bit dangerous to #hackahairdryer”   How could IBM miss the mark so much on this?