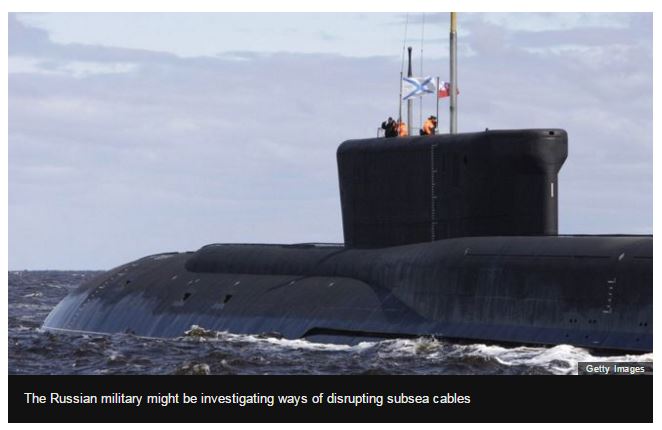 Russian submarines and spy ships are aggressively operating near the vital undersea cables that carry almost all global Internet communications, raising concerns among some American military and intelligence officials that the Russians might be planning to attack those lines in times of tension or conflict.

1) Assume that the U.S. Navy is correct in when commanders and intelligence officials “report that from the North Sea to Northeast Asia and even in waters closer to American shores, they are monitoring significantly increased Russian activity along the known routes of the cables, which carry the lifeblood of global electronic communications and commerce”.   What steps, if any, could a global company take to protect themselves against this type of threat?

2) Do you believe the U.S. (and other allied nations) are doing the same thing as Russia?