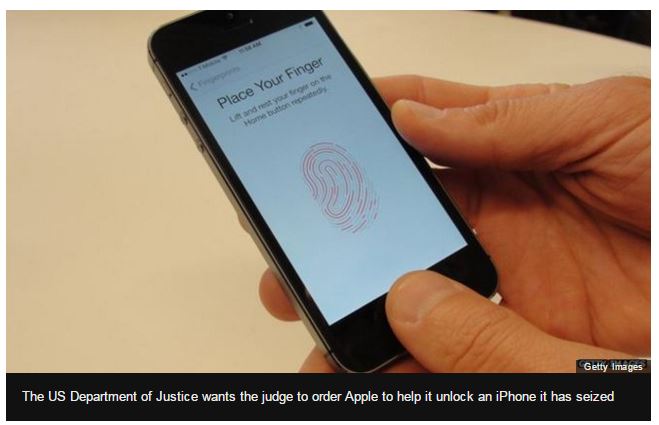 Ordering Apple to access data against its will would be akin to making a reluctant drug company carry out a lethal injection, a US judge has said.   Judge James Orenstein was hearing a US government request to make Apple retrieve information from a locked iPhone seized by law enforcement officers.  The judge expressed doubt that he had the authority to do so.  Apple has agreed to similar requests previously but is now refusing, saying it would erode customers’ trust.

1) The article suggests that Apple ” lacked the technical ability to unlock phones running its newer operating systems, iOS8 and iOS9″.  Do you believe this to be the case, and how would that be the case?

2) Apple says it won’t unlock the iPhone’s data because “the company had become more concerned about customer data in light of recent high-profile data breaches. Right now, Apple is aware that customer data is under siege from a variety of different directions.”    This iPhone was seized as part of an investigation by the US Drug Enforcement Administration and the FBI.  Is it appropriate for a company like Apple to not work with U.S. Government agencies who are investigating a crime?