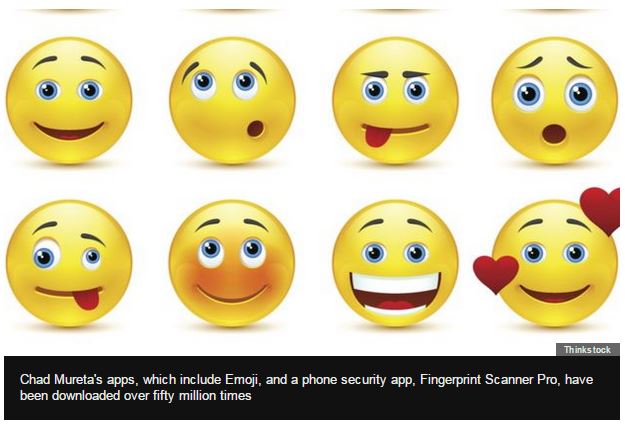 Mr Mureta built his fortune designing apps. His creations, which include Emoji, helping users annotate their messages with a greater variety of amusing pictures, and a phone security app, Fingerprint Scanner Pro, have been downloaded over fifty million times. His company, App Empire, pulls in between $3m and $5m (£1.9m to £3.3m) in revenue every year.  But in other ways he’s very much not your average tech entrepreneur. It took a brush with death to steer him in the right direction.

The article says “But he did have one precious commodity as he convalesced: time.  “I just sat there, looking at all these apps,” he says. “I was asking: ‘Why? Why does the customer like this app?’ That gave me the competitive advantage to make this happen.”

Have you thought of an app?  Why? Why does the customer like this app?