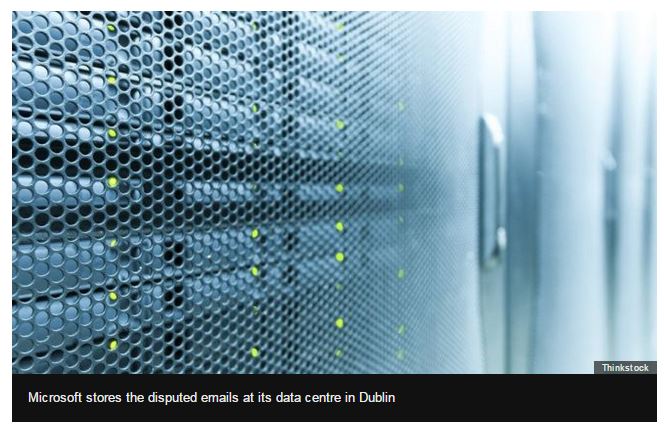 Microsoft is returning to court to continue its fight against the US government’s demand that it hand over emails stored at an Irish data centre.  The messages involved are alleged to contain details of narcotics sales.  In 2014, a court ruled in favour of the government’s claim that because it had jurisdiction over the US-based company, it could force it to hand over data it controlled, even if stored abroad.  But Microsoft suggests that would put it in breach of privacy laws in the country where the data is stored.

2) The article notes that “Ireland has already said that it would consider such a request “expeditiously”.” This means if asked by the US Government, Ireland may give up the data pretty quickly.   This might suggest that US companies should locate their data centers in countries that would not be so “expeditious” or might not honor the US government’s requests.   What are the downsides, though, of locating data centers in non-US-friendly nations?