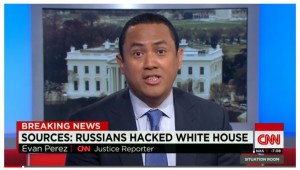 Russian hackers behind the damaging cyber intrusion of the State Department in recent months used that perch to penetrate sensitive parts of the White House computer system, according to U.S. officials briefed on the investigation.

While the White House has said the breach only ever affected an unclassified system, that description belies the seriousness of the intrusion. The hackers had access to sensitive information such as real-time non-public details of the president’s schedule. While such information is not classified, it is still highly sensitive and prized by foreign intelligence agencies, U.S. officials say.

Link to paste into browser to watch video: http://us.cnn.com/2015/04/07/politics/how-russians-hacked-the-wh/index.html

2) Why do you think the White House was unable to stop Russian agents infiltrating a very sensitive system?