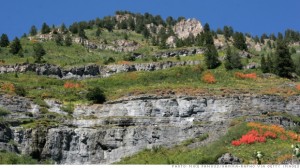 Discussion:  The city of Provo, Utah, is going to be the next recipient of Google Fiber, which offers Internet speeds of up to 1 gigabit per second (close to 100 times faster than the average American Internet user’s service).  Google recently purchased iProvo, an existing fiber-optic network owned by the city, and plans to upgrade so that every home along the existing iProvo network would have the opportunity to connect to Google Fiber.  Provo will be the fourth city in the nation to get Google Fiber (after Kansas City, KS, Kansas City, MO, and Austin, TX), and will offer free Fiber service to local schools, community centers, government buildings and libraries.