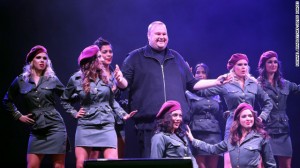 Discussion:  Kim Dotcom, the world’s most controversial Internet tycoon, recently released his new file sharing program, Mega.  Mega offers all-encrypted storage for files that can’t be opened by anyone–even the host.  Dotcom’s previous file sharing business, Megaupload, had around 50 million unique users in its prime, none of whom have regained access to their files since the site was taken offline exactly one year ago.  Dotcom hopes that enough users will see the benefit of Mega, and sign up to use the service, threby increasing public trust in his new company.  Source:  CNN News