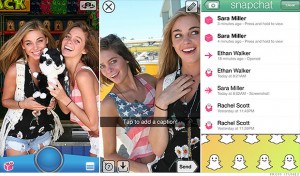 Snapchat messages are designed to vanish seconds after they’re opened, but a security probe revealed that some videos are being stored on recipients’ iPhones.

Discussion:  Snapchat is a messaging app whose trail of messages disappears after the user views the item.  When a user sends an image, they can choose how long the receiver has to view it, picking a time frame of up to 10 seconds after opening.  Then it vanishes.  A newly discovered security flaw in the app is that supposedly destroyed messages can be resurrected.  Security experts say it’s no surprise that “vanishing” messages don’t disappear as completely as users expect, as true privacy is a huge technical challenge.