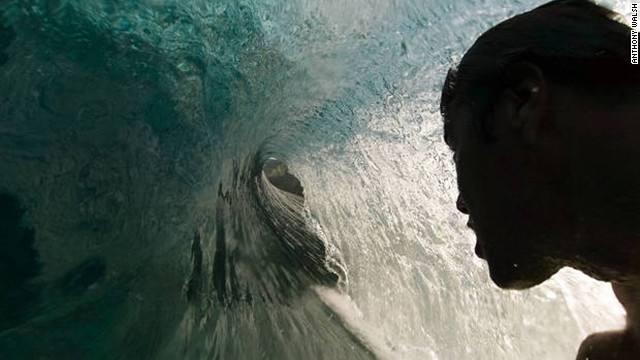 Surfer Anthony Walsh captured this shot while riding a wave.

Discussion:  GoPro has put out a new wearable 4Kp camera that is 30% smaller and 25% lighter, and comes with a waterproof housing.  Extreme sports users, as well as mainstream buyers, make up GoPro’s large fan base.  The camera was sent down to the 33 traped Chilean miners to document their escape, and one was attached to the chest of Felix Baumgartner when he recently skydived 24 miles to Earth.