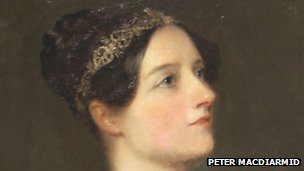 Discussion:  The Wikipedia entries for women in technology and engineering are going to be updated as a part of an “edit-a-thon” held at the Royal Society next month.  All of the profiles chosen were of historical figures.  The day was organized to celebrate the legacy of Ada Lovelace, who worked with Charles Babbage on an “analytical machine”, considered to be the foundation for modern computers, in the 19th century.  The purpose of the event is to raise awareness about the women currently working in science, technology, engineering and mathematics.