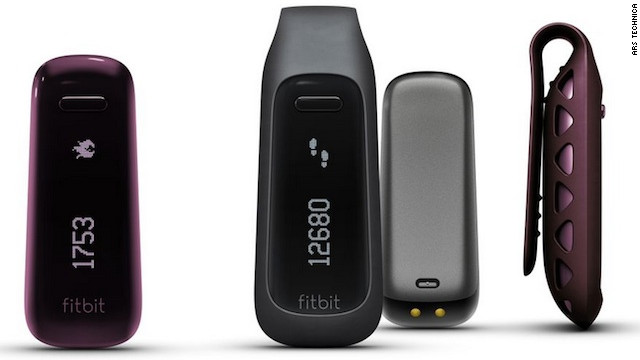 The new FitBit one syncs wirelessly with some mobile phones.

Discussion:  Fitbit  One has some new gadgets, hopefully making it appeal to a wider demographic.  The new Fitbit, besides being a pedometer that measures footsteps and floors you have climbed, will sync with your computer, or perhaps even your smartphone, monitors sleep cycles and also wake you up with gentle vibrations.  The “silent alarm” is supposed to be a more gentle and less jarring way to wake up.  By using Fitbit’s website, users can also compete against friends and family to see who is most “fit”.