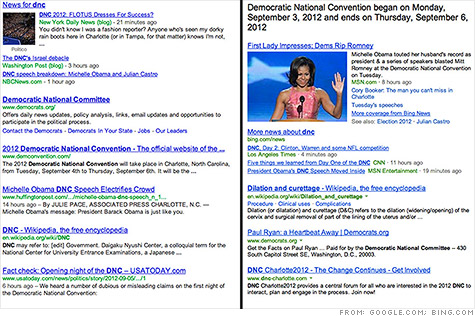 Without knowing which search results belong to which engine, would you pick Bing over Google? Microsoft thinks so.

Discussion:  Microsoft’s Bing search engine is a distant second to Google, but they believe their search results are better.  Microsoft recently launched an advertising campaign, called “Bing on it”, that resembles the “Pepsi Challenge” of the 1980s.  The campaign posts results from a query side by side, stripped of any formatting, and ask users which set is more helpful.  Decide for yourself at bingonit.com.