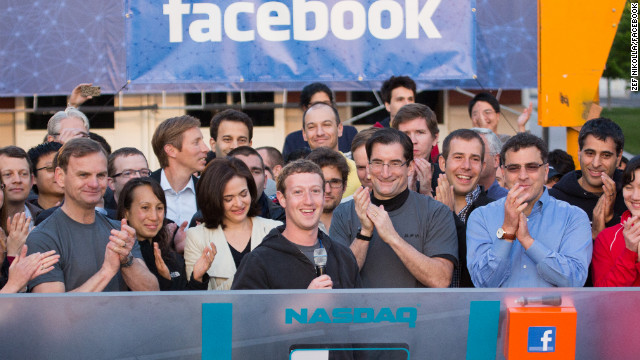 CEO Mark Zuckerberg rings the Nasdaq opening bell Friday morning from Facebook headquarters in Menlo Park, California. Facebook shares are priced at $38 each at opening. At that price, Facebook's IPO will raise $16 billion, making it the largest tech IPO in history.

Discussion:  On the night before their $16 billion dollar IPO, Facebook employees participated in its traditional 31st annual all night “hackathon”, instead of drinking champagne and celebrating.  The only requirement is that employees work on a project that they would normally not do during their day job.  The reward for the all night “hackathon” is a t-shirt, a well known status symbol at the company.  Time will soon tell if the IPO will change the culture of the famously casual company; the $16 billion that the company raised probably will.