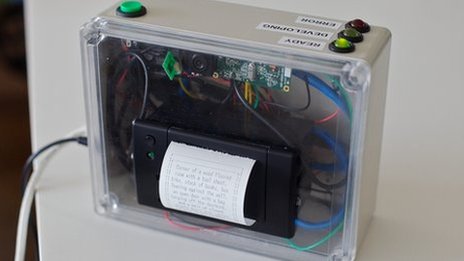 Discussion:  A student at New York University developed a “camera” that prints a verbal discription of a photo, instead of a picture.  Though the full technology might not currently exist, the idea is to have the camera recognize what it is taking a picture of and to print out a detailed description.  The printouts can then become cataloged searchable, thus making the data more relavant and useful in the future.