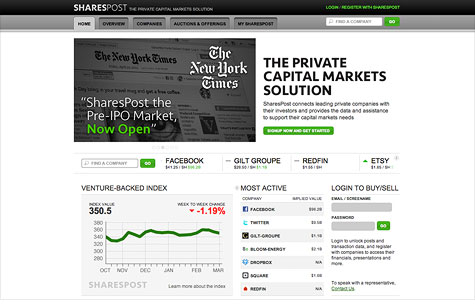 Of the three cases announced on Wednesday, SharesPost's has the deepest implications for the secondary market.

Discussion:  Private stocks will no longer be traded on a secondary market free of regulation.  On March 14, the SEC announced that it was filing charges against four of the major firms involved in the trading.  Acts such as making false statements, “improper self-dealing” and making “secret commissions” are no longer going to be overlooked by regulatory agencies.  Participating in the secondary market of trading shares of privately held companies is restricted to accredited investors whose net worth is greater that $1 million dollars, or investment funds.