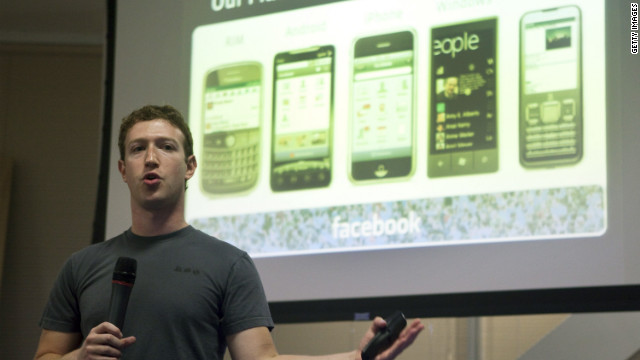 Facebook CEO Mark Zuckerberg wants his apps to be on all phones, but they don't make money yet.

Discussion:  In big news last week, Facebook filed to become a publicly traded company under the stock symbol FB.  In its prospectus, it listed privacy issues and smart phones as potential threats to the company.  It remains to be seen at what price Facebook will initially offer its stocks, but there are even certain bookies who are taking bets as to what the opening price will be.