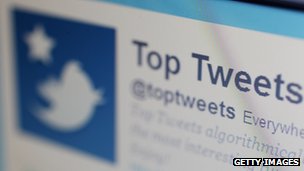 Discussion:  The FBI is designing an application that will combine information from many different social networking sites (such as Twitter and Facebook), highlight areas of interest or security concerns, and overlay them onto a map that could hypothetically show where different threats are located.  The FBI states that this is not an invasion of privacy because the information compiled was entered voluntarily by users on public sites.  Other groups are not so sure that their basic rights are being upheld.