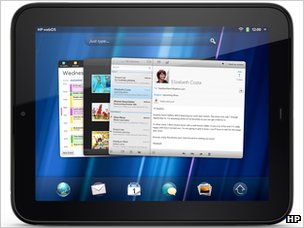 Discussion:  HP announced that it is donating WebOS, its smartphone/tablet operating system, to open source developers.  HP said that they would continue to provide support for WebOS.  What it sounds like, from an observer’s point of view, is that HP could not get a buyer to purchase WebOS for their asking price, so they decided to “donate” it in order to improve their brand image.  Time will tell how this decision pans out in the end, as HP has not been know for its strategic decisions as of late.