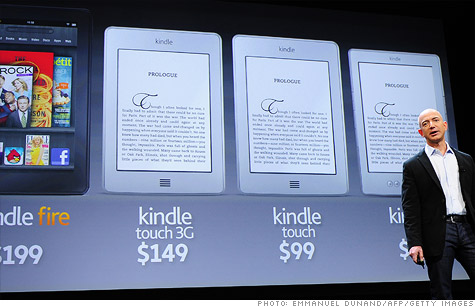 Discussion:  Amazon recently released its version of a tablet, which costs about half of what iPads are currently selling for.  Amazon is aiming to undercut the price of Apple’s iPad in hopes of gaining some of their market share.  Amazon’s tablet does not have all of the functions that most tablets come with (like a microphone or camera, for example), but focuses on media consumption.  It is smaller and cheaper, and should allow users to read books, watch video and stream music for a fraction of the cost of a traditional tablet.