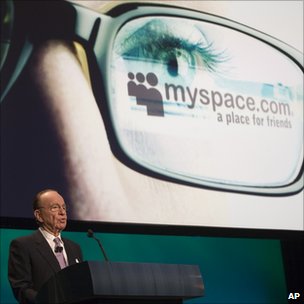 Discussion: Six years after News Corp acquired MySpace, they sold it for $545 million less than their original purchase price.  MySpace is different from other social networking sites (like Facebook and Twitter) because it was founded by people from the entertainment industry who struggled with the technology needed to make the company successful as it grew.  MySpace has become a specialized niche platform for musicians and music fans, but it will never become the giant social network that it set out to be.